Forged on the battlefield and the political arena, it is no surprise that the Stoic teachings have been widely embraced by athletes and the sports community at large. The Stoic philosophers drew constant parallels between the athlete and the philosopher, claiming that body and mind are one, and that mental dispositions are crucial for performance. The healthy mind resembles the healthy body—it’s strong, resilient, compact, agile, proportionate, and functional. The art of life, Stoic Emperor Marcus Aurelius wrote to himself in Meditations, is “more like the wrestler’s art than the dancer’s.” It teaches you to “stand ready and firm to meet sudden and unexpected onsets.”

Today, Stoicism has been embraced by nearly every professional sport. Stoicism as a philosophy is really about the mental game. It’s not a set of ethics or principles. It’s a collection of spiritual exercises designed to help people through the difficulty of life. To focus on managing emotion; specifically, non-helpful emotion.

So below we have some very realistic and very practical exercises used in the world of professional sports by modern students of Stoicism like Michele Tafoya, Michael Lombardi, Daniele Bolelli, George Raveling, Edward Latimore, and Adam Lefkoe.

Michele Tafoya: The Obstacle Is The Way 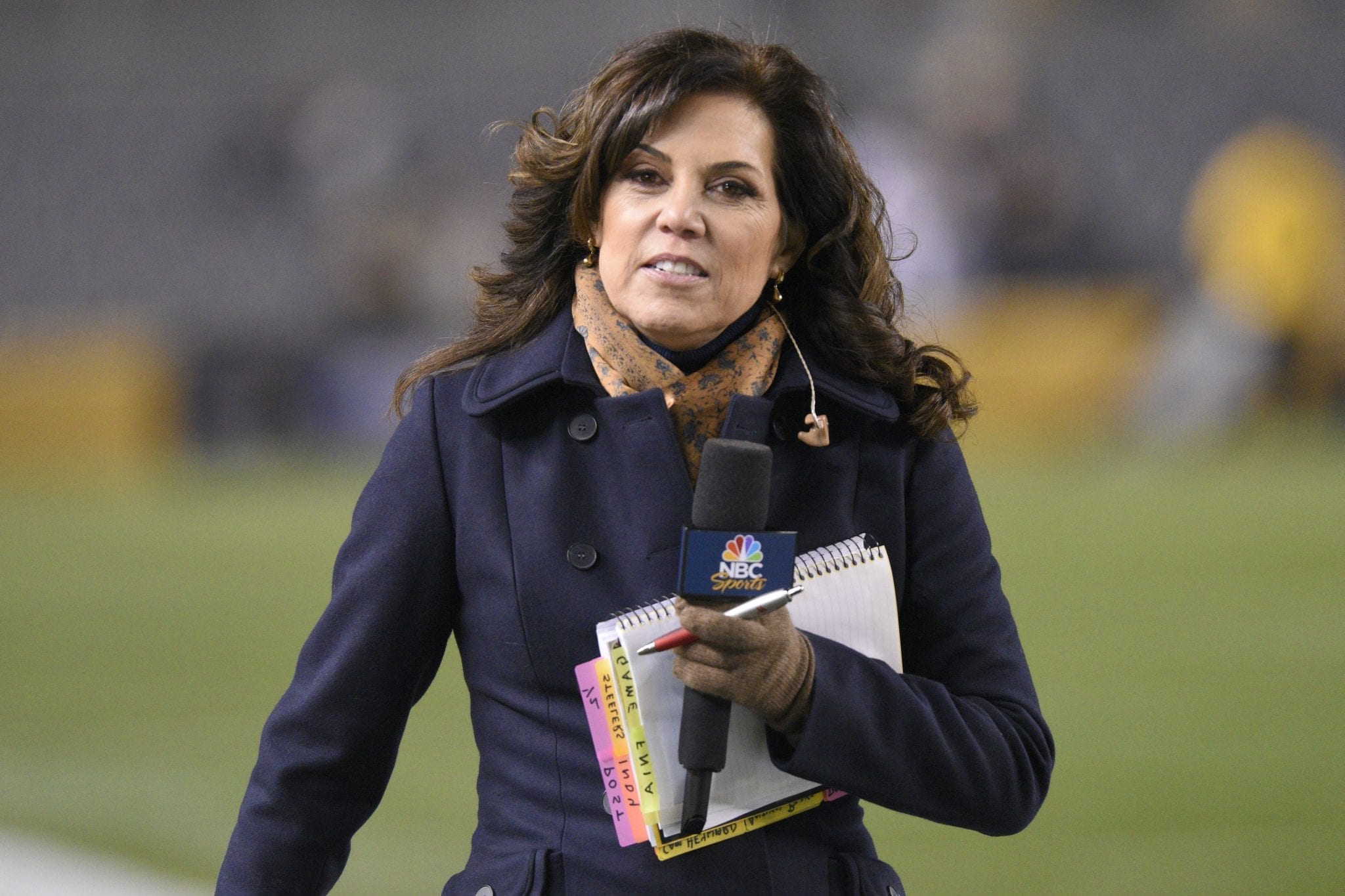 Michele Tafoya is one of the most familiar faces in professional football. More than 20 million people tune in each Sunday night to see her as the sideline reporter for NBC’s Sunday Night Football. Michele has been a powerful advocate for Stoicism and diligent student of the philosophy. She talks publicly about a number of personal struggles she’s faced and offers this advice to anyone facing adversity:

“I wish I had stoicism in my life much earlier.  It would have gotten me through some pretty tough times.  My advice to people experiencing difficulties is, “Read The Obstacle is the Way by Ryan Holiday”!  Seriously! I have recommended your book to many people because of the useful wisdom it offers.  Late in the 2015 NFL post-season, I had to work a game in Minnesota in extreme cold — 6-below-zero.  I was dreading the game for two weeks. What was I going to wear? How could I possibly survive the entire game in that temperature?  How painful was it going to be? Finally, about five days ahead of the game, I said to myself, “The obstacle is the way. Embrace this challenge. Learn through the preparation.  Strengthen my mind through the experience. Collaborate with my on-field team on creative ways to endure. And enjoy the challenge.” My anxiety melted away. (See what I did there??  Melted??))

As I reflect on my difficulty having children, I realize that the obstacle was the way. After many years of trying, we finally had my son.  After his birth, my husband and I decided to adopt our next child. The obstacle — infertility — was the way to our daughter. She is one of the greatest treasures in our lives.

Stoicism is not always easy to practice consistently.  But the concepts are simple and can be applied to every aspect of life.

Honestly, the phrase “The obstacle is the way” is one I think about whenever I run into a problem.” 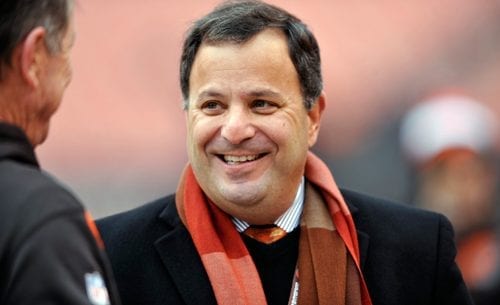 Michael Lombardi disrupted the way NFL executives prioritize structuring a winning franchise. A Stoic with three decades experience in the NFL, Lombardi’s resume includes winning three Super Bowls with some of the greatest minds in coaching–Bill Walsh and Bill Belichick. Lombardi’s philosophies on how to build championship teams became foundational for the dynasties built by both Walsh and Belichick:

“People involved with sports, especially football coaches, have always studied the great leaders.  And many of these Stoics are great leaders of men, therefore there is much to learn. Times may change, technology may change, issues may change, but leading, motivating does not change.  Often in professional sports people from the outside have ideas and judgments that create doubt in doing what is right—and you must learn how not to let others control your thoughts and emotions. Sounds Stoic, right?”

“I believe past performance will predict future achievement in all aspects of life. Defining character is the most difficult challenge in the evaluation process because determining character is not a direct assessment. You have to understand the culture, the backgrounds, the method a prospect developed and the environment surrounding him. It is not how it appears through my eyes, rather how he makes decisions based on his world. That requires not beginning with the end in mind when you are assessing character.”

Daniele Bolelli: Contemplation of the ideal self 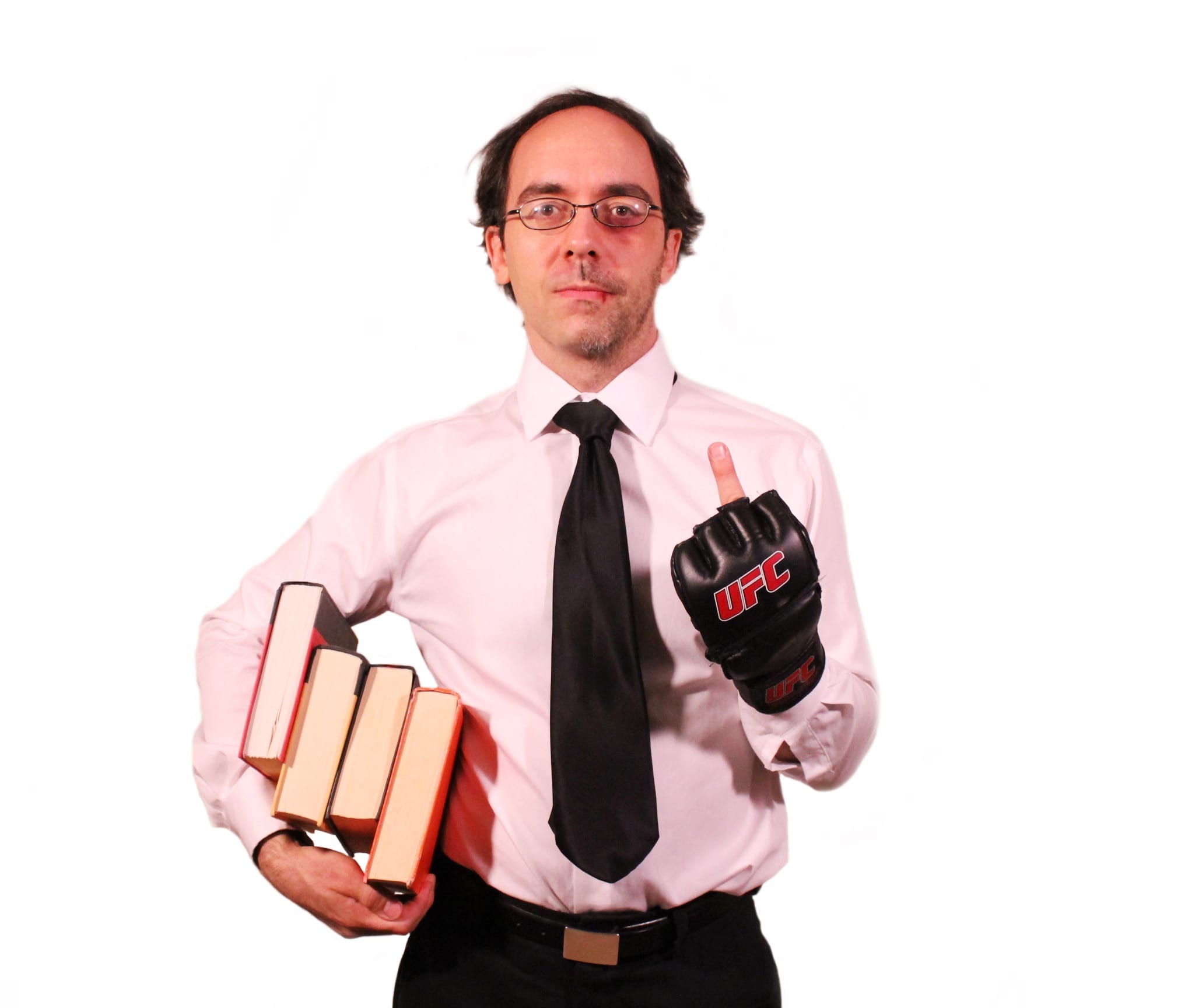 Daniele Bolelli is the author of the cult classic, On the Warrior’s Path, a philosophical exploration of the martial arts. Daniele holds a fifth-degree black belt in kung fu san soo and fought professionally in mixed martial arts (MMA). Daniele says, like martial arts, philosophy is something you train every day. We asked if there’s one exercise or one thought he returns to most:

“Marcus Aurelius wrote his Meditations in order to remind himself of how he wanted to behave in everyday life. I think this is key—to find some type of daily ritual that puts us in contact with our highest ideals, with what Nietzsche calls ‘the hero hidden in your soul.’ Visualizing the person you want to be, focusing on specific characteristics, and imagining how this person would react in particular circumstances is a useful way to try to embody these ideals into reality. Regardless of what the fans of ‘positive thinking’ say, no amount of visualizing a positive outcome ensures it will happen. But visualizing how we want to face what Life dishes our way is a much more realistic, and useful approach.”

“Rarely have I ever viewed myself as a ‘Coach.’ For many years, the sign on my office door read, “George Raveling ‘Educator’.” My fundamental responsibilities have always centered around being an ‘Educator/Servant Leader.’ Thus, every day is an opportunity to engage in knowledge sharing. “Coaching” is 99% about being sensitive to the needs of others. At this stage of my life, I see myself as someone who views service to others as a deep personal calling.”

Edward Latimore: Put The Day Up For Review 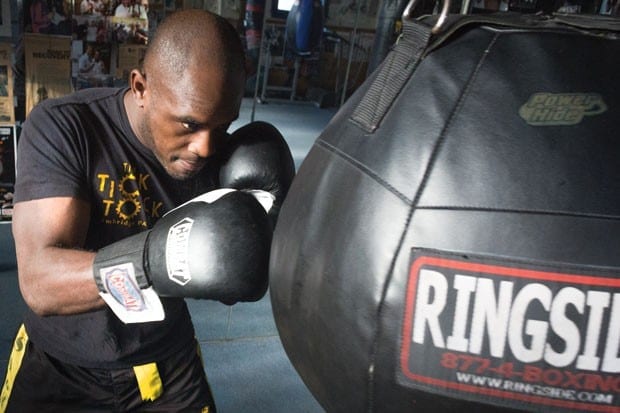 Edward Latimore is a professional heavyweight boxer, a physics major, a philosopher, and a veteran of the United States Army National Guard. He’s also the author of the cult-hit Not Caring What Other People Think Is a Superpower. His interests are wide-ranging, but he seems to find success in every pursuit. What does he attribute that to?

I once wrote a small poem—a rhyming line really—that I committed to heart:

“Even if only by a marginal stroke, may you go to sleep better than how you awoke.”

Seneca expresses this same idea in his essay on anger. He challenges you to look back at the end of the day and ask yourself “What bad habit have you put right today? Which fault did you take a stand against? In what respect are you better?” People severely underestimate what they can accomplish if they make small deliberate improvements each day.

We don’t run the race with our on the finish line. Rather, we focus on taking the next step perfectly. This is all that you can do anyway. Aim to improve everyday and reflect on it, as Seneca suggests.

Adam Lefkoe: Meditate On Your Mortality 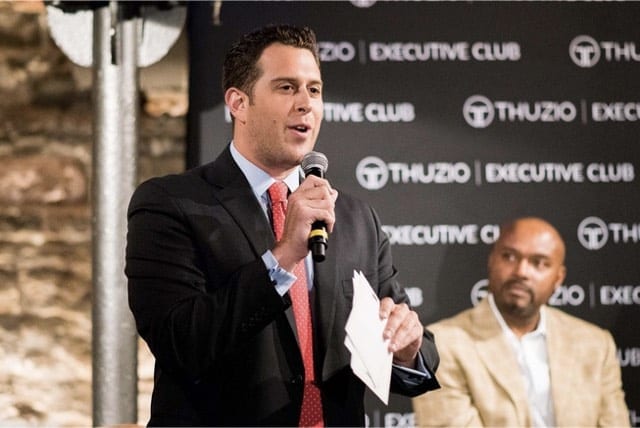 Adam Lefkoe is the co-host of the Simms And Lefkoe podcast, which offers a weekly discussion about football, life and everything between. He is also an Emmy award-winning sports anchor and was named the 2013 AP Kentucky TV Sportscaster of the year.

I find Belichick’s mantra “Do Your Job” to be a three-word embodiment of Stoicism. He is defined by his intense focus and dispassionate nature. He lives for process. He prepares for any possible situation or outcome. He works harder than any other coach in the NFL and doesn’t have time to worry about losses…he’s “on to Cincinnati”.
[…]

For me, finding Stoicism has helped me find myself. By internalizing my actions and impact, I find myself free to live an honest life. With that in mind, I don’t fear death. Death makes me appreciate life more. I’ve observed that many people wait for the future to provide clarity, contentment and meaning. For them, death is a looming deadline and most people tend to procrastinate. The sooner you can be honest with yourself and live by pure guiding principles, the sooner you’ll actually start living. If one dies without self-exploration, have they ever truly lived?