In his letters to Lucilius, Seneca maintains an ongoing exchange with his dear friend. Indeed, you could argue it was the sole—or soul—purpose of their letters. Seneca, having instructed his friend to find one thing each day that will fortify him against death, despair, fear, or adversity, does his best to provide him with such a takeaway in each letter.

Now one thing might not seem like much, but that’s not the point. The point is that “not much” adds up if you do it a lot. That was Zeno’s point when he said that well-being is realized by small steps, but is no small thing (a nugget worthy of one of Seneca’s letters). George Washington’s favorite expression was that “many mickles makes a muckle.” It’s the exact same idea.

Don’t think of wisdom as something you get via epiphany or even a couple years of graduate school. No, it’s something you accumulate day by day—action by action, as Marcus Aurelius put it—over the course of a lifetime. Imagine what you’d know and what you’d have learned if you just found one good, eye-opening, thought-provoking thing each day. Imagine how much wiser Lucilius became after reading each of those 124 letters from his friend.

One thing every day. One thing that fortifies you. Teaches you. Challenges you. Makes you question. Gets you to see.

It’s not much, but man does it add up. 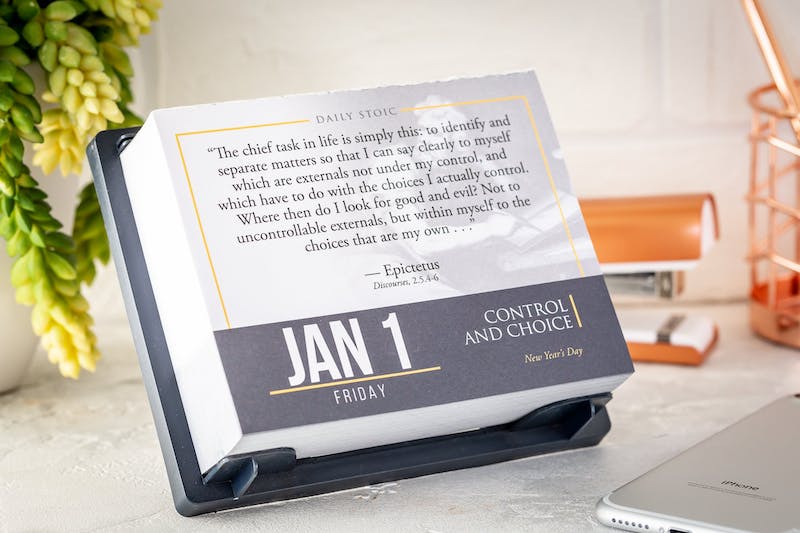 For an easy way to find one thing each day, like Seneca was talking about, check out our Daily Stoic 2021 Desk Calendar. 365 days of Stoic quotes featuring quotes from Marcus Aurelius, Seneca, Epictetus, and others. Click here to learn more.

P.S. This was originally sent on November 12, 2020. Sign up today for the Daily Stoic’s email and get our popular free 7-day course on Stoicism.